Raphael Lemkin and the Greek Genocide 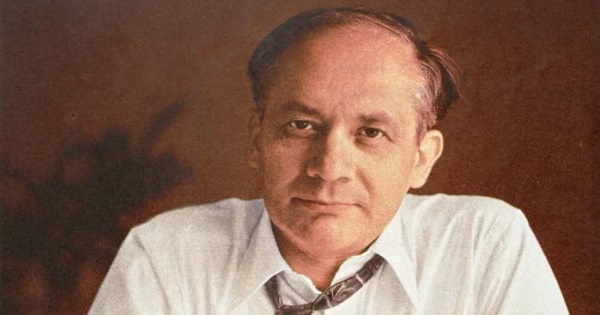 Raphael Lemkin (1900-1959) was a US jurist and a Holocaust survivor who served as an adviser to the U.S War Department during WW2. He was the man who formulated the concept of genocide and invented the word itself, and was the motivating presence behind the adoption of the United Nations Genocide Convention on December 9, 1948. While Lemkin dedicated the last 13 years of his life towards making genocide an international crime, his early interest in mass atrocities appears to have originated from the Ottoman Empire's treatment of its non-Turkic minorities. He expressed shock when 150 Turkish criminals were set free from the British held island of Malta following WW1 and later wrote:

I was shocked. A nation was killed and the guilty persons were set free.1

While Lemkin first used the term genocide in his 674 page volume titled Axis Rule in Occupied Europe (1944), it's his research on genocide in an unpublished work titled History of Genocide that relates most to the Greek Genocide. Unfortunately Lemkin died suddenly at the age of 59 and only 20% of the 63 chapter book is found among his comprehensive unpublished scripts. Chapter 5 titled Genocide against the Greeks  and Chapter 35 titled Smyrna may have given some insight into Lemkin's thoughts on the Greek Genocide but only survive as an outline and the complete chapters are not found among his papers. What appears to have survived however is a type of background of 57 pages and a later edited and slightly smaller version of 55 pages titled Greeks in the Ottoman Empire. Further information can be found in a study by Dr. Stephen Leonard Jacobs on Lemkin's writings on the Greek, Armenian and Assyrian Genocides in chapter 9 of the publication Genocide in the Ottoman Empire. In 1946, Lemkin wrote the following regarding the massacre of Greeks in Ottoman Turkey:

By its very legal, moral and humanitarian nature, it [genocide] must be considered an international crime. The conscience  of mankind has been shocked by this type of mass barbarity. There have been many instances of states expressing their concern about another state's treatment of its citizens. The United States rebuked the government of Czarist Russia as well as that of Rumania for the ghastly pogroms they instigated or tolerated. There was also diplomatic action on behalf of the Greeks and Armenians when they were being massacred by the Turks.2

Raphael Lemkin was very much aware of the experience of Greeks within the Ottoman Empire, and his invention of the term genocide was likely a result of his dismay that the perpetrators of the genocide were released, and genocide was repeated later on the Jewish people during WW2. Almost all of Lemkin's family died during the Jewish Holocaust. He died alone and in poverty in 1959.