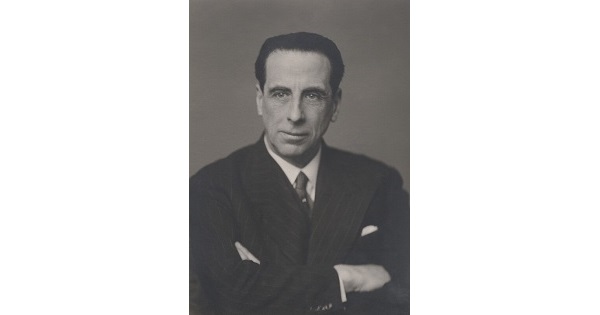 Sir George William Rendel (1889-1979) was a British diplomat who wrote a confidential memorandum detailing atrocities committed against Greeks during the Greek Genocide. Rendel attended Queen’s College, Oxford and soon after graduating joined the British Diplomatic Service. He was Head of the Eastern Department of the Foreign Office from 1930-1938, Ambassador to the Yugoslav Government in London from 1941-43 and British Ambassador to Belgium from 1947-50.  He also represented the United Kingdom on various United Nations committees. He was knighted in 1943 and in 1957 published his memoirs titled The Sword and the Olive: Recollections of Diplomacy and the Foreign Service, 1913-1954. In 1922, Rendel wrote a confidential memorandum describing Turkish massacres and persecutions of Greeks during the period 1919-1922, excerpts of which appear below.

The conclusion of the armistice with Turkey on the 30th October, 1918, seems to have brought about a temporary cessation of the persecution of the minorities by the Turks which had gone on all through the war. In the course of these persecutions, it is generally agreed that about 1,500,000 Armenians perished in circumstances of extreme barbarity, and that over 500,000 Greeks were deported, of whom comparatively few survived. The ghastly Armenian persecutions of the early part of the war formed the subject of a British Blue Book as early as 1916, and the almost equally horrible Greek persecutions have been dealt with in several Greek official publications (see particularly the proceedings of the third National Assembly in Athens in April 1921). Information regarding the persecutions of the other Christian bodies has not yet been collected.

As early as May 1919 reports of renewed persecutions of Armenians and Greeks all over Anatolia and Pontus began to come in.

The persecutions of 1921 were on a larger scale and more atrocious than those of 1920. The area affected is so great, and the atrocities are so varied and continuous, that it is difficult to select special cases for mention. Moreover, the mass of documentary evidence at our disposal is now so enormous that any compression of the information contained in it into suitable limits has become well-nigh impossible.

The massacres at Mersivan at the end of July, which formed the subject of an article in ‘The Times’ of the 26th October 1921, were apparently due to the notorious Osman Aga, Mayor of Kerasund, and a commandant in the Kemalist army who is also responsible for a large number of the worst atrocities in the Pontine region. The brief ‘Times’ account is confirmed and amplified by a memorandum which was drawn up by the Armenian-Greek Section of the British High Commission at Constantinople and transmitted by Sir H. Rumbold on the 22nd October, and also by a much fuller entirely independent first-hand account written by Mr. Hosford, the American Near East Relief agent in Mersivan, transmitted to us by the United States Embassy on the 30th December last. Mr. Hosford’s account, which is extremely detailed and written in a calm and critical spirit, paints a picture of unrelieved horror.

It appears that as many of the Christians as possible were gathered into three buildings – the city prison, the French boys’ school and a house called ‘the red house’. Those gathered in the red house were mostly young girls, who were all violated. The houses were subsequently set on fire, but after much difficulty most of the occupants were let out,. The next day, Mr. Hosford says, Miss Anthony, of the American Near East Relief, was able to watch ‘the hauling out of wagon-loads of dead bodies and the burying of these bodies in pits across the valley from our house. She feels very certain that some of those thus buried were not entirely dead.’ Mr. Hosford summarises the results of the massacre as follows: ‘In no way was there any distinction in the treatment as between Greeks and Armenians…. From a Christian population of 2,000 to 2,500, almost all of the men were killed, many of them our employees and men formerly connected with the college. Women and children were also killed, in all upwards of 700. All Greeks were deported. About 700 Armenians were left in the city, including only 20 or 30 men at most. Every Christian house was looted and 100 houses burnt.’

All through 1921 atrocities of various kinds and so-called ‘white massacres’ (ie., boycott, deportations, deaths by starvation in labour gangs, &c) appear to have gone on. Reports were received of crucifixions of batches of priests, and Mr. Hosford writes: ‘Repeated tales of the most utmost cruelty were borne to us, such as the burning of churches with Greeks inside, the use of priests, with their robes soaked in kerosene, as torches, &c. It is not difficult,' he adds, ‘for an eye-witness of the work of these men in Mersivan to believe such tales, and there is ample supporting evidence of the general truth of the statements.’

Serious persecutions in the Mardin area, affecting about 30,000 Christians, were also reported by Sir P. Cox. But the worst atrocities undoubtedly took place in the Pontine region against the Greek population of the coast towns.  After having executed a large number of notables in the bigger towns, Samsun, Amasia, &c, they proceeded in the deportation of practically the whole Greek population. In the early autumn the number of deportees was alleged to have reached 35,000. The accounts of these deportations received from Greek and other survivors are as ghastly as any of the accounts of the Armenian atrocities during or after the war. They are nearly all confirmed by the letters of the Near East Relief agents and of other eye-witnesses which we have received from the American Embassy, and through private sources.

The Pontus massacre, regarding which we have most data, is that which occurred near Kavak, where, according to Mr. Hopkins’s information, some 1,300 Greeks were shot on the 15th or 16th August in about two and a half hours. Further information regarding massacres at Kavak is to be found in the sworn narrative of five Italian survivors transmitted by Mr. Rattigan on the 27th July, in the letter from a survivor to his brother, of which a copy was transmitted by Sir H. Rumbold on the 28th September, in the memorandum by the Armenian-Greek Section of the High Commission transmitted by Sir H. Rumbold on the 22nd October, in a great number of Greek reports received from various quarters , and in Mr. Hosford’s narrative, from which extracts have already been quoted. The passage of the latter dealing with the fate of some of the Samsoun deportees is perhaps worth quoting in full: -

‘They continued to be sent out in groups of 800 to 1,000, until all Greek men from Samsoun had been deported. They were sent, I believe, in five groups. All of them were robbed, even to the detail of gold teeth, the first at Kavak, 40 miles inland, and the third at Jumbuush Khan, about 15 miles from Samsoun. An estimate of 200 killed in each place out of a group of 800 to 1,000 would be very conservative.

'The fifth group was divided at Kavsa, those of military age being taken through Marsevan in the direction of Angora, for work in the labour camps, and those above or below that age being sent in the direction of Malatia. The group which went to Angora has never been heard of. It is possible that they may have escaped across the line.

‘The Turks in our employ secured permission for one of these deportees of the fifth group to visit us. He told us not only of the robbing of his own group but of the killing of many in the first and third groups. His statement substantiated the report of one of our Circassian watchmen, who passed through Kavak the morning after part of the first group was massacred. We received a like report from a Turkish chauffeur employed by the Near East Relief, who had passed through the region also. His report of the third group was substantiated by more detailed reports which I heard later in Samsoun from Americans and from Greeks. The main facts in all of of these reports are the same.  It is significant also that, as far as I could find out from considerable questioning in Samsoun, only about half of the Samsoun deportees have been heard from by their families in Samsoun.’

On the 26th July, Mr. Fuller of the American Near East Relief met about 3,000 women and children being driven towards the interior by Turkish guards. On the 1st September, Mr. Hopkins of the same organisation met 12,000 being driven southwards between Harpoot and Malatia. They were being robbed and ill-treated by their guards. Mr. Hopkins saw- ‘many corpses of Greeks lying by the roadside where they had died from exposure. Many of them were corpses of women and girls.’

About the 1st October he and two other relief workers passed about 10,000 Greeks.

The American Near East Relief, from whom we have other detailed reports on the subject, were forced by the Nationalist authorities to send false telegrams, and were not allowed to relieve the Greeks, and caravans were apparently diverted so that they might not witness what was being done.

Further first-hand evidence of the Turkish atrocities in the Pontine region has lately been obtained from a somewhat unexpected quarter, namely a member of the recent Ukrainian Mission to Angora, by a British official in Russia. This man stated that on the mission’s return journey, not far from Samsoun, they came across the remains of some Greeks – old men, women of all ages, and children. The girls had evidently been violated. He added that the Ukrainian mission lodged a protest on the subject, and that the Turkish official at Samsoun was very confused.

In conclusion it may be interesting to quote the opinion on the Nationalist treatment of minorities expressed by Signor Tuozzi, the Italian unofficial agent in Angora, to Sir H. Rumbold on the 6th January last, immediately after his departure from Angora. Signor Tuozzi stated that the deportations were continuous and that he saw numerous gangs of Christians formed into labour battalions going up into the interior. He regarded the outlook for these gangs as utterly hopeless. In his opinion the Nationalists hold a perfectly simple view of the minorities question. They regard the minorities as having been the cause of unending trouble in the past, and have decided that the best way to prevent the recurrence of this trouble is to put an end to the existence of the minorities. They want Anatolia for the Turks, and Signor Tuozzi expressed the opinion that the evacuation of Smyrna and its districts by the Greeks would be the death blow of the minorities in that region. He stated that the Nationalists would be perfectly prepared to subscribe to any arrangements made by the Allies for the protection of minorities, but that whatever these arrangements were, there would be no intention on the part of the Kemalists of ever seeing them fulfilled.